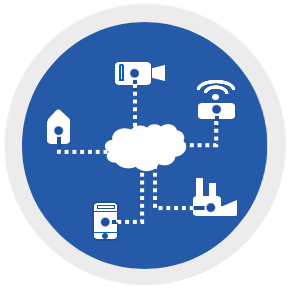 Private LTE/5G, Enterprise LTE/5G, CBRS – You’ve heard of it but how can you make it work for you?

Cirrus Core Networks (CCN) brings you a range of services which revolutionize the deployment, management, operations, and evolution of new wireless networks.  The newly available CBRS wireless spectrum enables enterprises like you to setup LTE and 5G based private Enterprise networks.  These networks can be greenfield standalone or can tie into your existing WiFi investment.  CCN’s fast and cost-effective deployment of cloud based NFV core solutions on Microsoft Azure accelerates your time to realize advantages of your own Private LTE/5G network.

For enterprise businesses, industry verticals and government sectors, Private LTE/5G is a rapidly evolving and expanding telecommunications sector. Private LTE/5G networks use dedicated radio equipment and, by using CCN and Microsoft Azure, these can be tailored to meet your specific requirements.

If you deliver mission-critical services or you need to have more control over the performance of your communication network, you will greatly benefit from running a Private LTE/5G ecosystem.

CCN currently works with a number of enterprises in the following sectors:

CCN works with world class access providers to provide the dedicated radio resource networks for Private LTE networks. CCN can design, build and manage your Private LTE Core eco-system (including EPC, HSS, IMS and more).  Your Private LTE system can meet your critical business needs and free you up to focus on managing your primary business.

CCN provides the core infrastructure of an LTE/5G network as a service on Azure.  You are probably used to deploying your own WiFi solution which are truly plug and go.  You have probably been told by other vendors or service providers that their Private LTE solution is as easy as WiFi.  Be careful.  Plugging in an eNB that has the coordinates of a “core in the cloud” is step one.  What happens when there is a glitch and it doesn’t connect?  What happens a week from now when your CEO is not able to connect?  What happens when you are hacked?

CCN works alongside Azure and any other solution partners you bring to the table – such as a RAN provider, to deploy the end-to-end private LTE/5G solution.  Once launched we monitor the network 24x7 through our Network Operations Center, ensure security, continual seamless upgrades and provide you with operational reports. CCN provides a behind the scenes operational team to ensure your Private LTE/5G network integrity.

CCN MNO solutions bring you fully managed services which enable your commercial operations in a matter of weeks.

CCN eliminates the need to hire or train resources for managing the LTE Packet Core and/or IMS.

CCN delivers you the scalability and flexibility to deploy closer to the e/g NodeBs and, as a result, lower your backhaul costs.

CCN brings real-time and historical network information is at your fingertips….quickly!